Your FICO Score Has Hit Rock Bottom – What Can You Do?

Posted by: Peter Christopher in Credit Score May 12, 2016

Most people think they have no recourse when their FICO score hits rock bottom. Why? They think that because that is what they are led to believe. They go to the bank and ask for a loan and get rejected, or their premiums rise when they apply for insurance. When this happens, it isn’t wrong to think that there is nothing left to do given the system. Thankfully, you don’t have to do that if you want to fight back. What the system doesn’t mention is that there are ways to improve your score. All you have to do is follow these tips and work hard.

Before you move onto making adjustments, you can go to Experian.com and dispute your score. The thing to remember is that people make mistakes. And, you wouldn’t be the first person to fall foul of the banks in this manner. Even if you think your score is correct, there is no harm in asking for a second opinion. If it turns out they made a mistake, you will save yourself a lot of time and energy fighting this battle. So, don’t be afraid to say that they are wrong. The worst that can happen is that they say they are right. In which case, you move onto the next option.

There is the possibility that the creditor will wipe the remaining debt altogether. But first, you need to admit that you owe them money. There is no point in denying it because it is plain for everyone to see. When you accept the debt, you can negotiate with them and try to come to a compromise. What some creditors do is mark it as ‘paid as agreed’. Then, the debt comes off of your record, and you pay the negotiated amount. The thing to remember is that creditors want some of their money instead of zero. If you give them that opportunity, they will grab it with both hands.

You can’t get a loan or a credit card, so where are you going to get the cash? You can turn to ReallyBadCreditOffers.com in your time of need. Companies such as these specialize in securing loans for people with bad credit. The fact that you have a low FICO score doesn’t matter to them, which is a good start. Also, the rates are a lot more flexible and reasonable. A credit union is also a good option if your debt is small. Don’t deal with a loan shark because they will make your life hell.

Raising your limit is a dangerous option, but it can provide some much-needed relief. If your limit is higher, the percent that you owe is lower. On a credit score, that looks much better than your original situation. However, you have to resist the temptation to start spending the extra money. If you do that, you will end up in an even worse position. First, you have to get your creditors to agree.

A low FICO score isn’t the end of the world. You have options – you just need to think carefully before you act.

Previous: 10 Benefits Of Life Insurance
Next: How to Save Money When Shopping Through a Catalogue 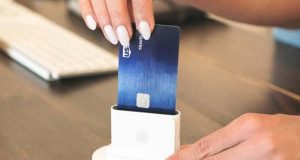 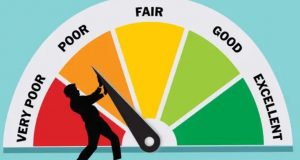 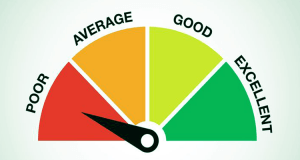 While you may have saved for a down payment on a brand new house, if ...